Motorcycle Safety: How To Safely Share The Road This Summer 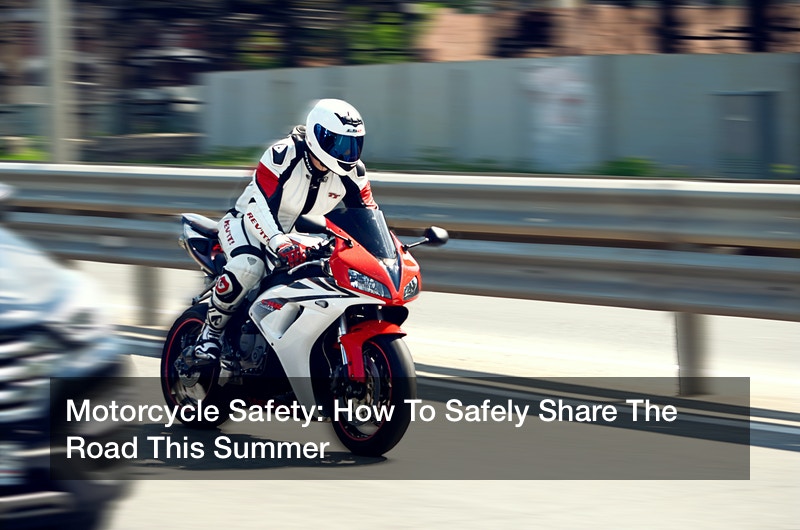 Summer is just around the corner, and motorcyclists are taking to the road now that the weather is heating up. Motorcycling is a popular summer activity with 472,000 motorcycles sold in just 2017.

Why are motorcyclists at greater risk when they’re on the road?

Overal, just under 4,800 people were killed in motorcycle accidents in 2017. And although that’s an 8.6% drop from the year before, thousands of motorcyclists are still at risk when they’re on the road.

Motorcycles are smaller than your average vehicle, which can make them difficult to see. And motorcyclists don’t have the safeguards that vehicles have such as airbags, seatbelts, and metal framing to protect them during a collision.

Already, different Departments of Motor Vehicles across the states are warning drivers and motorcyclists to be wary. In 2017, up to 142 motorcyclists were in fatal car accidents in just the state of Michigan.

How can I observe motorcycle safety as a motorist?

It’s important to drive extra carefully during the summer months whether you’re driving alone or with the kids onboard. The summer months have been called the 100 Deadliest Days by the American Automobile Association because of the increased risk of motor vehicle accidents at this time of year.

That said, here are a few ways you can observe motorcycle safety and be a safer driver on the roads this summer.

How can I observe motorcycle safety as a motorcyclist?

Motorists aren’t the only drivers who need to be especially careful on the roads this summer. Here are a few ways you can observe motorcycle safety as a motorcyclist too.

Whether you’re driving a vehicle or a motorcycle, it’s crucial to be cautious when you’re on the road during the summer months. Look twice, give other drivers space, and pay close attention to the road.