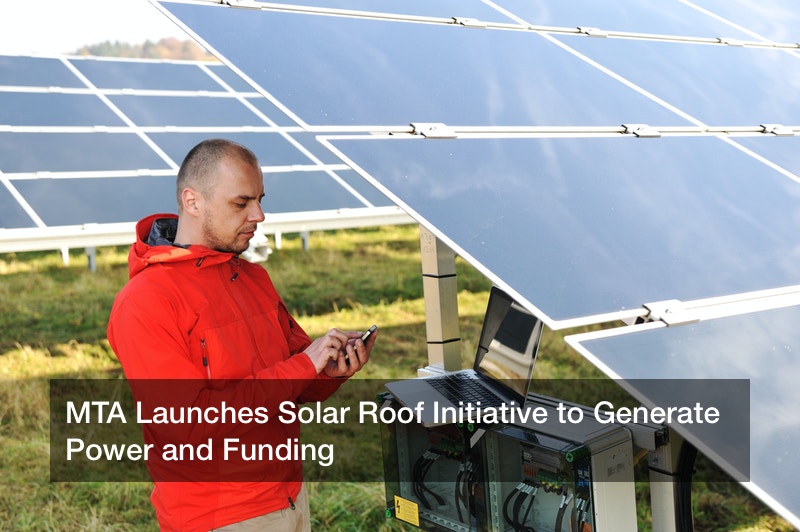 The Metropolitan Transportation Authority is often considered to be every New Yorker’s arch nemesis, blamed when the subway system inevitably fails to run smoothly. The tracks might be made of steel, but that hasn’t stopped the slew of issues. But now, the MTA might be onto something that can improve the lives of local residents: namely, taking steps to protect the planet — and to generate an income stream for itself at the same time.

Solar power is certainly one of the most intriguing possibilities for sustainable living. It’s also become more accessible, as the cost of solar PV panels has dropped by more than 60% since 2010. The MTA is hoping to harness green energy in a new way: by leasing more than 10 million square feet of industrial roof space for the purpose of solar development. Since it’s already become more popular for warehouses, universities, government buildings, and other industrial sites to have solar panels on their roofs, the MTA wants to take that one step further by using rooftop space at more than 100 train yards, repair shops, commuter lots, and bus depots throughout the city to generate solar power.

Like any modern transportation organization, the MTA has considerably energy needs. And it’s not just the energy needed to power all of those subways and trains. In many places, local laws require parking garages to be lit 24 hours a day, which also consumes a considerable amount of energy. By installing more solar panels, the MTA will be able to provide much of the power it needs to maintain daily operations.

All told, the MTA’s properties with solar panels could allow for the development of more than 100 megawatts of electricity for New York City residents, which equates to 18,000 households. Although the total consumption of energy in the U.S. was nearly 97.4 quadrillion BTUs in 2016, the amount emission-free energy generated could make a substantial impact in the city that never sleeps.

Of course, the MTA isn’t doing this out of the kindness of its heart. The organization is currently strapped for cash, but the initiative could generate some much-needed revenue while avoiding a steep initial investment.

Janno Lieber, MTA chief development officer, noted in a statement: “Green energy always had a dual benefit — it can help save the planet and it can be a big moneymaker as well. The MTA is already one of the nation’s leading forces in reducing carbon emissions. The recently approved Central Business District Tolling system will also reduce emissions and generate funds for the MTA, and this common-sense, innovative new program will further help the environment while generating a significant amount of new revenue for the MTA.”

This isn’t the first time the MTA has played with solar power, either. A little over 10 years ago, the MTA installed nearly a dozen warehouses, bus depots, and other facilities with solar panels, while the authority tested solar-powered kiosks for Metro-North rider arrival estimates in 2014. This time, the MTA is hoping that by leasing this rooftop real estate to companies that would be responsible for installing the panels and generating the energy before selling that energy back to the municipal grid, the income stream will provide some financial relief.

Currently, there’s a request for proposals out for seven different MTA properties, which the authority believes can generate approximately 6.5 megawatts of energy. Among those properties at the Queens Village Bus Depot and the Jamaica Maintenance Facility for the subway system. Since Queens is the second largest producer of solar power megawatts in the entire city (Staten Island generates the most), MTA’s plans could make Queens even greener. The MTA plans on beginning negotiations with companies selected for the initiative in the early fall.

Said MTA Director of Sustainability Projial Dutta, “The MTA’s operations avert annual greenhouse gas emissions of more [than] 17 million metric tons, and this initiative will take our environmental leadership to a whole new level. We have contributed to the Earth’s wellness by keeping millions of daily commuters out of cars and engendering compact development. With the Solar RFP the MTA will also become New York’s newest home for significant renewable power generation.”