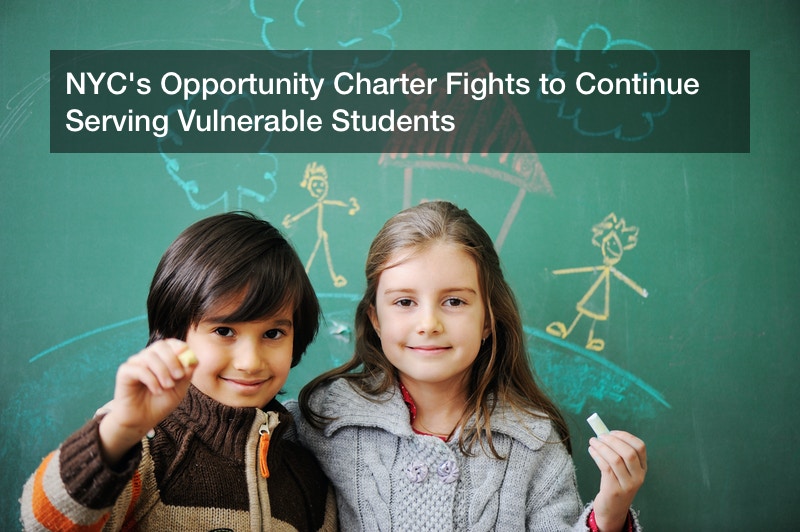 Private school gives parents more control over the education their children receives. Because of their smaller size, students receive more one on one attention and personalized experience than they would at a public school. They also will have specialized educational or vocational programs that help the student focus on developing skills. Many parents believe this improves their prospects in the long term.

A school district with the majority of students living below poverty level would have more difficulty establishing and opening charter schools, as the tuition payments may not be feasible for families who may not have enough to afford educational school supplies for their students.

The school serves grades 6-11 and has 450 students. One of the best school features is they have a unique culinary program that was headed by Chef Maxcel Hardy with the goal of giving students real life skills both in and outside of the classroom. The students will also have the opportunity of earning their food handler’s license to give them a competitive advantage when pursuing their career.

The new U.S. Secretary of Education is a major proponent of charter schools, many parents fear that she isn’t an advocate for low-income families or students with disabilities. New York City’s Opportunity Charter School serves both — but the school is in the process of pleading its case to continue doing so.

Last month, the Department of Education shuttered Opportunity Charter’s middle school because it failed to meet state standards. The DOE may decide to completely close the school at the end of the year, but before that happens, students, parents, and community leaders are attempting to put a stop to that.

A relatively new kind of public school, charter schools are independently operated institutions started by teachers, parents, community leaders, and for-profit companies. Like the 87% of private schools that have fewer than 300 students, charter school populations are often on the small side.

But private schools charge tuition payments, which often means they aren’t an option for low-income families. The Opportunity Charter specifically serves an economically disadvantaged population in Harlem; nine out of every 10 students is eligible for meal assistance there, and 98% of the student body is Hispanic or black. And because many of the school’s students did not succeed in other public schools, their educational options would be extremely limited if the charter were to close.

In addition, the charter also has a high population of students with disabilities. Although around 40% of Americans over age 65 have at least one disability, more than 50% of the students at Opportunity Charter are living with disabilities.

Jason Maymon, spokesperson for the charter, said to NBC 4 New York, “We serve a high number of students of disabilities and we serve a number of kids who have failed at traditional public schools.”

In the Department of Education’s eyes, the charter is failing, too. DOE officials say the charter failed to exceed or meet the district averages for students with disabilities on state English and math exams. The school also failed to meet average performance scores on Regents exams for students with disabilities. The charter has been open for four years, but not once during that time did the middle school grades meet any performance-based standards. DOE officials also noted that the school met only four of 22 goals.

A spokesperson for the DOE said in a statement, “Opportunity Charter School was given clear performance benchmarks over the last five years, and the middle-school grades did not meet or make progress towards meeting them.”

But kids and parents are vigilant in their support for the school.

Seventh-grader Kanye Paulin teared up after the hearing, telling News 4, “I need my school to stay open. I feel safe in this school, and I know a lot of people, and I can talk to them if I have a problem,” he said.

Kanye’s mother, Layta Downs, likely echoed the sentiments of the charter’s other parents: “Where would I put him? There is not another school like Opportunity Charter.”