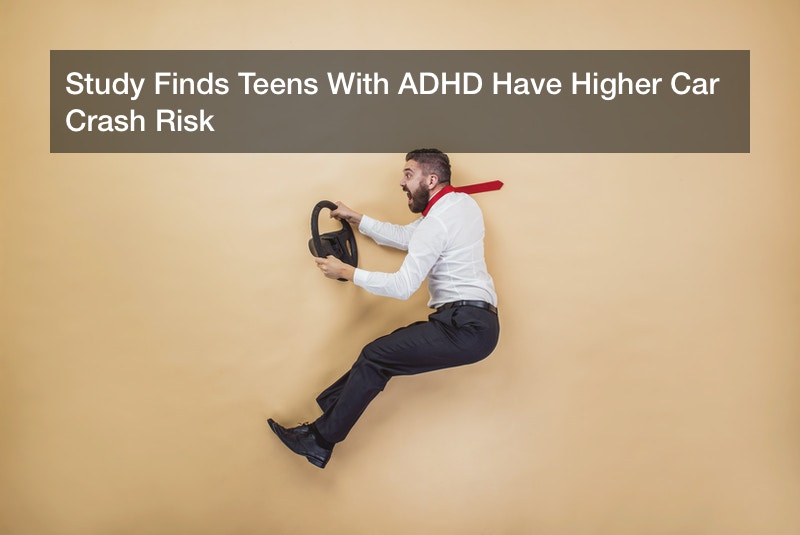 Every year, there are approximately 6 million car accidents that take place in the United States. Collision rates tend to decrease as drivers gain wisdom and experience, making novice teen motorists more likely to be involved in preventable crashes. And according to a new study, if your teenager has ADHD, their accident risk may be even higher than what other high schoolers might otherwise experience.

The study, conducted by the Children’s Hospital of Philadelphia, found that teenaged drivers diagnosed with attention-deficit hyperactivity disorder (known as ADHD) are significantly more likely to engage in risky behaviors behind the wheel (including intoxicated driving), be issued traffic and moving violations, and be involved in road collisions than their peers who do not have ADHD.

The U.S. Centers for Disease Control and Prevention estimates that approximately 6.1 million children aged two to 17 have been diagnosed with ADHD, although there are likely many more cases that go undiagnosed (particularly in girls, who tend to present different symptoms that aren’t always recognized). While all new teen drivers experience an elevated crash risk, researchers discovered that this risk was 62% higher for teens with ADHD during the first month of having a license. Even during the first four years of being a licensed driver, teens with ADHD still had a 37% higher risk of crashes than their peers without ADHD, regardless of their age when they obtained their license. Even teens with ADHD who held off on getting their licenses weren’t exempt from the trend. Teen drivers with ADHD had higher rates of speeding violations, lack of seatbelt use, and distracted or careless driving. And in ADHD teen drivers, alcohol-related crash rates were more than twice that of teen drivers without ADHD; within the first year of driving, those rates were 3.6 times higher.

This news is likely to be particularly worrying for parents. Not only are 52% of personal injury lawsuits caused by automobile accidents, but the idea of your teen’s health condition increasing their risk of road dangers might make families take drastic measures to keep their kids safe. It’s certainly as good a reason as any to encourage your teen to take their time in learning how to drive. It’s also evidence your teen can use to encourage you to let them rent a limo for prom; since limo drivers average around 105 trips every week, they’ll be far more experienced and safe when navigating the roads during this notoriously risky time.

Study lead author Dr. Allison E. Curry noted in a statement, “What this study suggests is that we have to go beyond current recommendations of medication and delaying the age of getting licensed to decrease crash risk for teens with ADHD… Their higher rate of citations suggest that risky driving behaviors may account for why they crash more. More research is needed to objectively measure if and how these behaviors specifically contribute to crash risk.”

In other words: if your teen has been diagnosed with ADHD, that doesn’t mean they’ll never be able to drive. But it may mean that parents need to be more diligent about monitoring their condition and about relaying the importance of safe and responsible driving habits. With ample intervention, these trends might be able to be reversed.