The Nets Being Sued By Clothing Brand Over New Jerseys 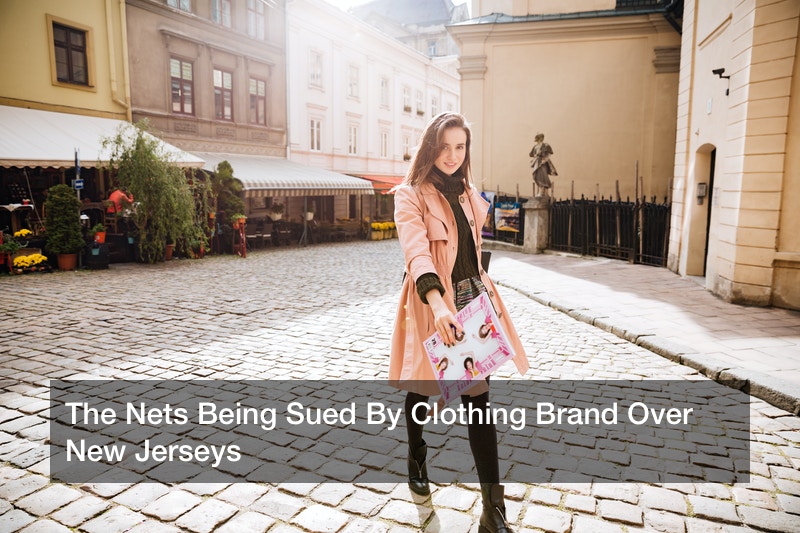 Each year, the average American spends about $1,800 on clothing, according to the Bureau of Labor Statistics. But this number is usually much higher for N.B.A. teams, like the Nets, who recently got new uniforms. Unfortunately, the uniforms are now the cause for a copyright lawsuit.

The Nets have closely aligned their brand as an N.B.A. team with well-known rapper, Notorious B.I.G. since they moved to Brooklyn back in 2012. And before this new season, the team began to sport a new Nike-manufactured “City Edition” jerseys — the jerseys feature a stripe pattern, which the team calls “Brooklyn Camo”. And according to the team, the new, colorful jerseys were inspired by Notorious B.I.G.

Coogi claims it has over 300 design copyrights on the patterns. And, like the Nets, the brand also has associations with Notorious B.I.G., with him having been photographed in Coogi’s clothing before. Additionally, the rapper has referred to the clothing brand in a few of his songs.

According to Coogi, the Nets’ jerseys copy its designs, with their “Pea Soup” and “Ricotta” patterns being mentioned specifically. Furthermore, the lawsuit states that the Nets bought Google advertisements for “Coogi Brooklyn Nets” and “Brooklyn Coogi” searches to direct anyone searching for Coogi products to look at Nets merchandise instead.

Michael Potenza, the N.B.A.’s intellectual property counsel, wrote a letter to an attorney representing Coogi, claiming the league was “unaware of any design owned by your client to which the Brooklyn Camo is substantially similar.”

Potenza went on to explain that the Brooklyn Camo pattern didn’t confuse customers and that the N.B.A. had received content from Notorious B.I.G.’s estate to associate his name with their jerseys. Additionally, Potenza claims that the Nets’ jersey design is different than Coogi’s designs, saying it features narrower, horizontal stripes and brighter colors.

And because there are regulations in place to protect people’s copyrighted items and even their businesses, like the 2016 Defend Trade Secrets Act, Coogi is demanding that the Nets no longer wear the pattern. There are serious consequences of stealing someone’s copyrighted items, with the possibility of someone being charged with a felony if they are charged with a subsequent offense. But the defendants say the brand is going to have a difficult time proving they’re using copyrighted materials.

So now, the Nets, the N.B.A., and Nike are all facing a lawsuit with serious charges. The clothing brand wants the jerseys to be discontinued and any merchandise associated with the new design to no longer be sold. And while the defendants have yet to file a lawsuit to Coogi’s claim, their representatives are said to have drafted possible legal defenses.