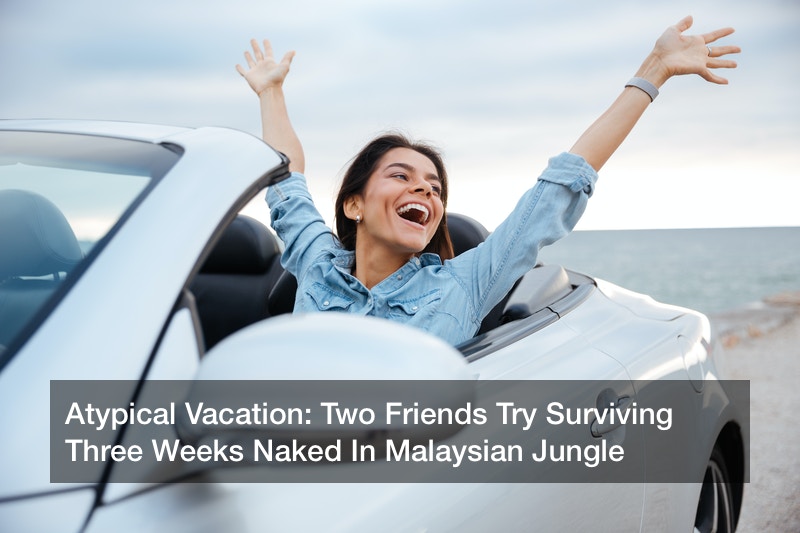 Two pals who attended University together in the UK have outdone themselves in what many are calling foolhardy. This being something we’re used to seeing humans do, the world watched and probably made more than a few bets. Our “foolhardy” friends? Well, they truly lived.

Fintech worker Daniel Olifi and cruise ship entertainer James Moynihan are both survival enthusiasts. Not like go on a two-day backpacking trip, but more along the lines of spend three weeks in the jungles of Malaysia. This is exactly what they set out to do. Now human beings have been improving their living conditions, survival skills, and technologies for a long time. For instance, we’ve been using protective sunblocking eyewear for about 2,000 years. We’ve been striving for things to make us more comfortable, rather than taking them away.

Not these fellas. On top of spending three weeks in one of the most intense environments on earth, they chose to do it with very limited supplies and totally naked. Why? To show that it could be done. Spoiler alert: it could not be done, but they gave it an honest effort.

Outdoor recreation is amazing for the body. On average, one mile of hiking burns about 500 calories. Great exercise, but these guys really upped the ante on that. They stripped naked, with only larges leaves to cover their private parts, and trekked into the thick of the jungle with no survival gear but a flint rock, machete, mosquito net, metal pot, and first aid kit.

Suffice it to say, their adventure was not kind to their bodies. The jungle swiftly reminded them that it’s one of the most ruthless places on earth when they immediately became — then incessantly remained — mosquito fodder. Moving forward, they endured severe hunger, hypothermia, dehydration, and the creeping thought that a vast amount of jungle creatures are deadly and very well hidden. They became so undernourished, they reported experiencing regular blackouts.

Still, the two made it an impressive 16 days before they decided to call it off. Olifi cut his hand on the machete and, while he worked quickly to superglue the wound shut to keep infectious microbes out, the following days the wound became increasingly painful, then began to fester and emit a foul odor.

They abandoned their trek and Olifi was able to get patched up in a hospital in Kuala Lumpur. Then they finished the rest of their vacation nourishing themselves and getting back to being 100% healthy. Regrets? None whatsoever.

“Everyone will face life-and-death situations, but it’s normally not planned. And most people wouldn’t choose to put themselves in that situation. I have, and I can tell you that Malaysia was the most rewarding gamble I’ve ever taken because now I can say I’ve felt what it’s like to have lived,” said Moynihan.

The grand survivalists have certainly emerged with a refreshed respect for the untamed power of nature and the hardy resilience of the human body.